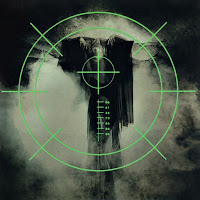 While the early '90s metal scene was overwhelmed by the wave of death metal, there were a few bands which didn't tried to merge into the actual trends.
Fear of God had it's musical influences by the earlier waves of the '80s, but it wasn't a "just keep playin' old school" project, but a genuine mix of those influences according to the actual sound. The singer Dawn Crosby could be found as someone mainly responsible for the foundation of Fear of God, shortly after her previous band, Détente was split up. So the thrash metal influence is evident, but an uncommon mix of heavy metal with gothic/doom touch was the main characteristic of "Within the Veil". While in Détente a more aggressive, shouting vocal style could be heard from miss Crosby, in Fear of God she involved gloomy and psychedelic-like singing too, that gave a melancholic atmosphere to the music. And of course it suspected common unconscious travels to beyond supported by heavy drug abuse and self-destruction. Oppose to the actual trends, it was not about extreme intensity or aggressiveness, more like about desperate struggles of an inner-self that is slowly falling apart and consumes itself. "Within the Veil" was an extraordinary and less known classic of the '90s metal scene.
Posted by Personal Warlock at 8:53 PM