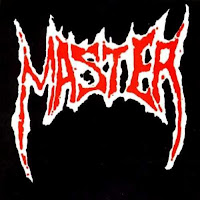 Paul Speckmann's Master was haunting the American underground scene since the early '80s with it's thrashy death hammering, and because of this they are one of the earliest bands of this style. A pioneer band of death metal too.
Being influenced mostly by Motörhead, Venom and Slayer, they've decided to play something more aggressive with a more serious background concept. Societal and political topics became their most usual lyrical features, and later their only topic. The Speckmann industries operated under various names (Death Strike, Funeral Bitch, Speckmann Project, Abomination), like a musical dump. But under the name of Master they became better known. It was also their most permanent project. While most other projects didn't go further than raw rehearsal records, the first full-lenght Master album summerized their early works powered by Morrisound recordings. It was also the best one of their early period, and a classical album of the genre as well.
Posted by Personal Warlock at 8:13 PM