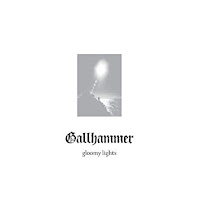 There are two possible outcomes if Japanese starting to play metal: they chosing an old school path that refers back to the basics of the actual genre, or they mixing various genres to create something weird. The second happened in the case of Gallhammer, a band that also sparked attention because of it's female lineup.
Basicly their main concept is about simplicity. In this case there could be more ways to determine the style of a band than if an exact direction with it's features was chosen, so it's quite objective. The influence of black and doom metal could be sensed in their music and that's already something uncommon to hear in general. Things getting more complicated when the album turns more intense by some raw middle speed crust punk-like themes. They've operated with the simplest basic themes by picking something from everything. The album isn't so uninfied and sounds like if they didn't relly care about to create a whole by trying to find some common ground for these mixed influences. Instead of the atmospheric sound of black, the heaviness of doom or the intensiveness of crust punk there is something that more reminds to the desolated impression of early grunge and sludge bands. A frustrated atmosphere that becomes heavy by self-destruction and randomly shows it's hidden inner rage. "Gloomy Lights" sounds the same way depressive, chaotic and insane. The very sick vocal style and the rehearsal room sound just increased it's rawness and effectiveness. An interesting aspect of musickness!
Posted by Personal Warlock at 12:36 PM