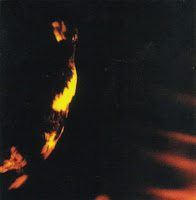 On the side of Thergothon, Skepticism could be found responsible for the birth of funeral doom metal. Unlike Thergothon, Skepticism didn't end up as a short living project. They not only lay down the basics of the genre, but it was also introduced by them for the wider audience.
If death/doom could be named as the main influental source of this style, plenty of it's features got left behind, such as the noisy sound, the overwhelming heavy themes and in this case the horror based lyrics too. The speed turned so low as it's possible, and the heaviness was represented by the atmosphere. So similar to depressive black metal, the funeral doom they played had the complete rule of atmosphere, but instead of painful sizzling melodies, keyboards are the main down-pulling tools. It's emotionally less effective, sounds more like some depressive meditation about sorrow based on eternity, the circulation of nature and the inevitable event of passing away that comes with it. The keyboard themes mostly reminding to church organs on funeral masses. The guitars are sounding so flat, that they were completely absorbed by the atmosphere. The deep growling vocals had the same destiny, and by the loss of most extreme features, the listener could wonder if is it still metal or more like some ambient-like background music for negative relaxation. However the extented song lenghts, the never ending grief and the miserable speed didn't set the genre to the favorites of the mainstream audience. "Stormcrowfleet" is one of the most important funeral doom classics.
Posted by Personal Warlock at 7:44 PM