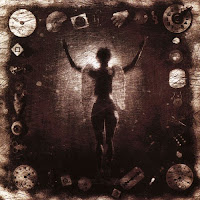 Ministry tenaciously kept playing industrial since the early '80s, and their name was well known in the underground scene. On the third album ("Land of Rape and Honey") they lay down the basics of industral metal, but after "Psalm 69" came the wider success for them.
The album could be a definition of industrial metal, and shows most possible features of the style. For most of the late projects in the genre it was a reasonable infulence, and many of them just took one of these feautures and built their own style around it. That's why it's possible to name a band or project after almost any songs on the album. That was not only because Ministry was some sort of main essence for the progression of industrial music, but they were very opened to influences as well and played together with plenty of orther musicians and projects connected to the style. "Psalm 69" is like a melting pot of these influences (and the result of limitless drug abuse of course), like a musical ABC of the genre. And after this album metal influenced industrial broke through the borders of underground.
Posted by Personal Warlock at 8:13 PM